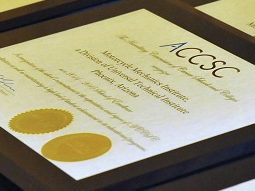 Greensburg, PA—At its September 2014 annual business meeting, the Accrediting Commission of Career Schools and Colleges (ACCSC) will recognize Triangle Tech located in Greensburg, Pennsylvania as a 2014 ACCSC School of Excellence.