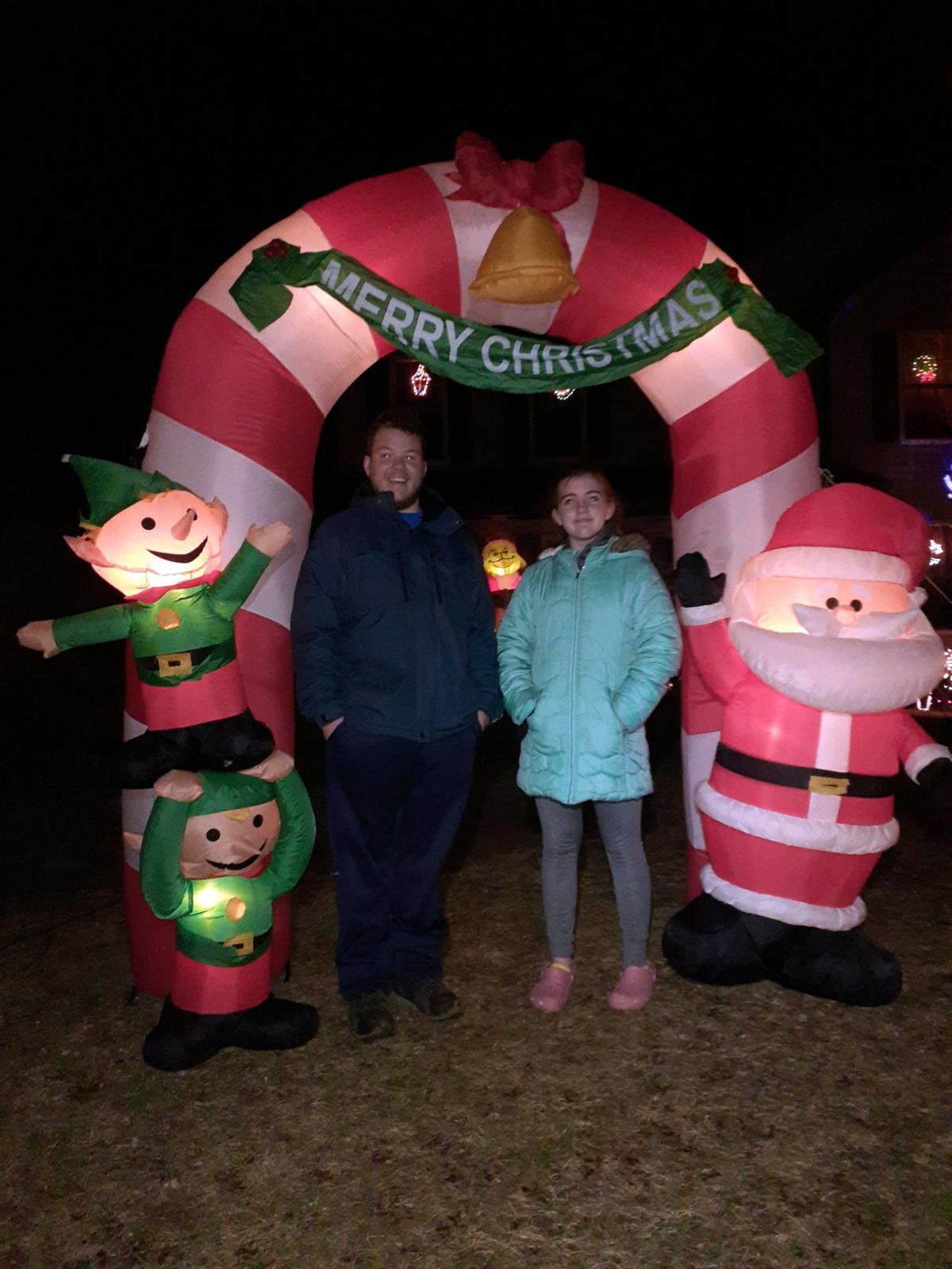 MORRISDALE — A future electrician is putting on quite a holiday light show at his home on the 100-block of Turner Road in Morrisdale.

Noah Shingledecker, 18, who graduated from West Branch Area Jr./Sr. High School and Clearfield County Career and Technology Center earlier this year, has turned years of assisting his grandfather Tom Martin into his own festival of lights.

“I’ve been doing this since the age of three,” Shingledecker said. “It started with helping my grandfather and it has taken off since.”

Shingledecker owns 80 to 90 inflatables, about 30 lighted figures and thousands upon thousands of lights.

“It has taken 17 years to acquire everything,” Shingledecker said. “I usually start getting the decorations ready over the summer, and start setting them up in the yard in the middle of October.”

He typically keeps the display up throughout December and begins the takedown process in January. This year, however, the display wil remain until the end of January.

Shingledecker utilizes the assistance of his younger sister, Emily, with both setup and takedown.

The electric bill typically doubles, Shingledecker said, and it usually takes hundreds of dollars to purchase new items or repair current ones. He does accept donations to help defray the cost, and visitors will find a donation box at the end of the driveway.

“I do this because it’s a hobby,” Shingledecker said. “I love to do every holiday, but nowadays I do it for the people, to spread love and peace around the globe. This year, we all need some joy this holiday season.”

The display is available to the public every night unless the weather is extreme.

“The lights are on every evening, and the inflatables are up when the wind isn’t bad,” he explained.

Shingledecker said typically, he sees about 100 visitors driving past his display, but this year alone that number has climbed significantly. His Facebook page “Christmas Display 2020” already has 600 likes and follows.

Shingledecker lives with his parents, Sam and Stephanie, and another sister, Allison. He plans to attend Triangle Tech to study electrical occupations.