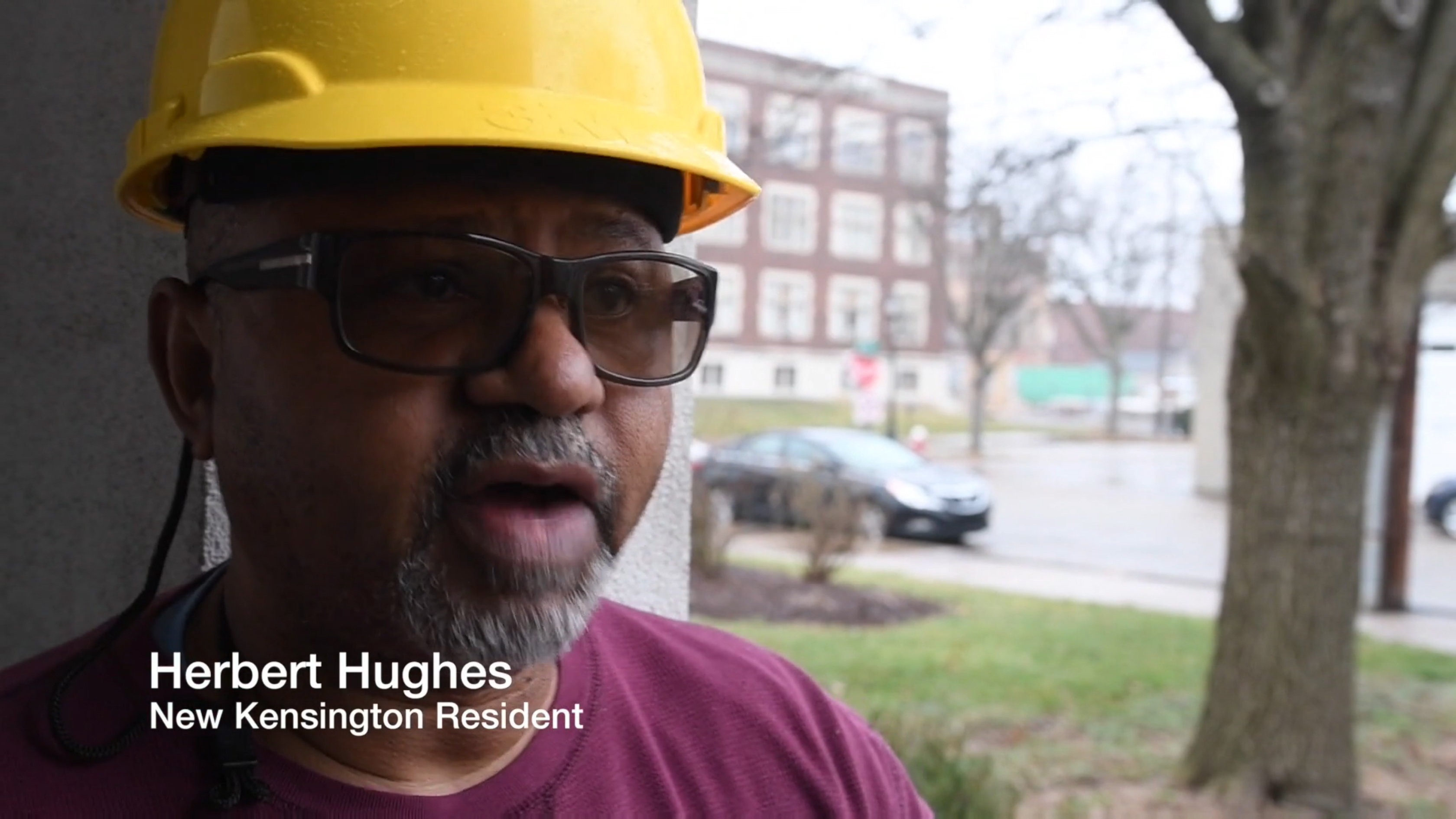 It’s close to Hughes’ home, and the project by Wesley Family Services aims to inject life into the city’s business district.

The $18.2 million apartment building is being built on the site of a former parking lot, between 10th and 11th streets and Fourth Avenue and Cherry Alley. Mistick Construction is handling construction, and the apartments are on target for an Aug. 1 opening.

Stephen Christian-Michaels, chief strategy officer of Wesley Family Services, said the building will house 36 two- and three-bedroom apartments, with rent ranging from $200 to $800 a month, and nine apartments will be equipped for people with disabilities who qualify for federal Section 8 housing.

Wesley has received 185 applications for the regular apartments and 25 for the handicapped-accessible ones, according to Christian-Michaels.

Wesley Family Services also will move all of its staff from its New Kensington and Tarentum offices into the building. That will mean the move of between 80 and 100 employees to start. The plan is to expand that to 125 in the next seven years.

At Pioneer Apartments, Wesley Family Services will offer programs and services to the building’s residents and local residents.

Pioneer Apartments is funded largely through two tax credit programs — new market tax credits from the nonprofit Corporation for Supportive Housing and low-income housing tax credits through the Pennsylvania Housing Finance Authority. It also received grant funding from the Richard King Mellon Foundation and the Federal Home Loan Bank of Pittsburgh, as well as a no-interest loan from the housing finance authority.

Christian-Michaels said area workers were guaranteed jobs when the project was announced.

There are now more than five workers with ties to the Alle-Kiski Valley on site each day, according to Christian-Michaels.

“We started this on May 26. It was a rainy June, but we have had perfect weather this winter and we should be right on target.’’

The effort to hire local workers and improve New Kensington has not gone unnoticed by Hughes.

“It’s long overdue to see a project like this in New Kensington,’’ he said.

Tuesday was Hughes’ third day on the job. He recently graduated from Triangle Tech, where he was trained in general contracting, drywall, plumbing and electrical work.

“It’s just five or 10 minutes away,’’ Bell said. “Having the ability to get a job here will help my career.’’

Wendell Green, also of New Kensington, is working with the plumbing crew.

New Kensington Mayor Tom Guzzo said this is what was envisioned when the project came together. He said the addition of jobs was critical and fits in with the work being done by the Penn State New Kensington “Corridor of Innovation,’’ Knead Community Café and the Voodoo Brewery.

Kevin Smith is a contributing writer.