Two Hempfield sisters achieved the top Girl Scout rank in the past year, investing many hours in helping improve the community.

Jocelyn, a freshman who is studying culinary arts at Westmoreland County Community College, had her Gold Star ceremony in a virtual manner last year because of the covid-related restrictions, but Ariana will have her ceremony next year, said Tanya Schwab, their mother.

The Gold Award can be earned by girls in high school who create sustainable change on a community or world issue. Gold Award Girl Scouts address the root cause of a problem, plan and implement innovative solutions to drive change, and lead a team of people to success, according to the Girl Scouts of Western Pennsylvania.

To educate her community on women’s rights and equality in the workforce, Ariana made a timeline of the history of women in technology with a display at Triangle Tech in Greensburg. She said she wanted to focus “on companies that were bridging the gender gap.”

“I picked women who made an impact in technology,” Ariana said.

Having a love of dancing, she detailed the history of seven women in theater in a second shadowbox on display at Megan’s Suite at the Palace Theatre in Greensburg.

Ariana, who has been in scouting for 12 years, said she loved going camping at Camp Skymeadow in Kiski Township, Armstrong County, so it was appropriate to place her third shadowbox at the camp’s Evergreen Lodge.

“I started with Juliette Gordeon Low (Girl Scouts of USA founder) to the history of Girl Scouts, and had parts on the uniform, cookie sales and the history of the Gold Award,” which was called the Golden Eaglet at one time, Ariana said.

Jocelyn did her Gold Star project at a pavilion at the Elizabeth Township Community Center along Duncan Road. The community center is at the former Girl Scout Camp Youghahela, which the township purchased in 2014. She removed most of the graffiti in a pavilion, painted a mural in the pavilion, cleaned and repainted the grills and repainted picnic tables. She also purchased another picnic table to expand the seating.

“I chose this project because I wanted to keep a camp updated for future Girl Scouts to use. I have grown up camping with my troop and I wanted other girls to have some of the experiences that I had growing up and going to camp. Those memories will stay with me forever,” Jocelyn said. 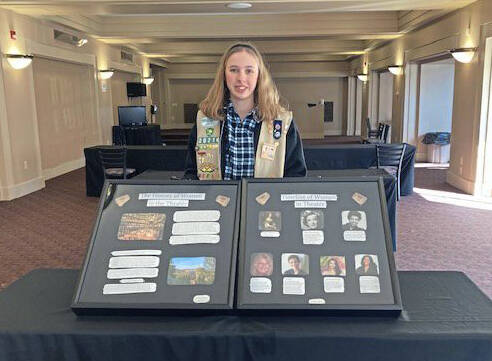 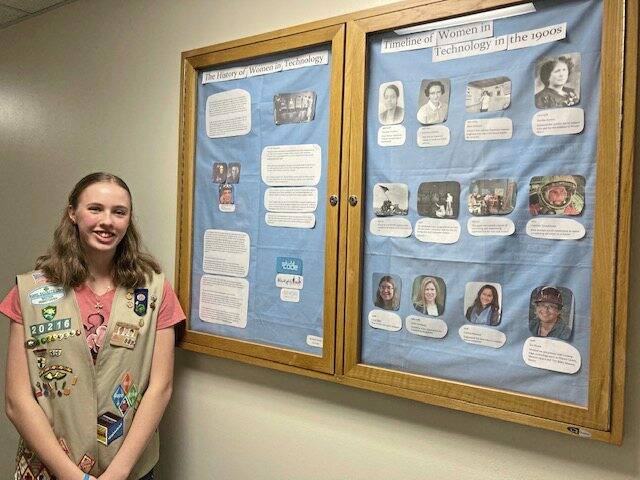 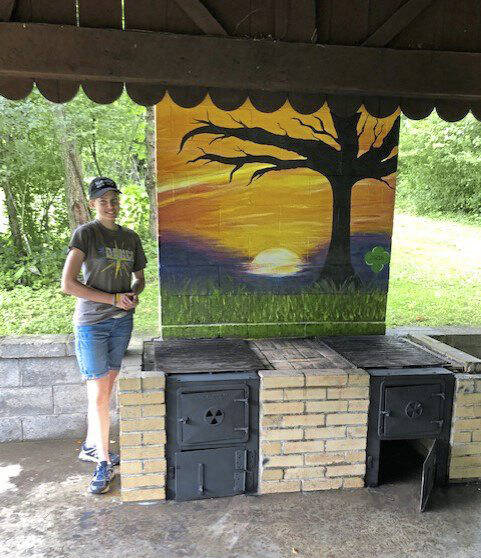